Fibre To The Premisis (FTTP) Vs Leased Line...

A company looking for the right business internet connectivity solution typically has to fight their way past a blizzard of acronyms and technical information, like an uninitiated Line of Duty viewer desperately trying to decode Ted Hastings’ latest pronouncements to his team at AC-12. They can sense that it’s important, but what exactly is an OCG? And can anyone shed any light on AFOs*?

It’s not quite the same in the internet connectivity arena, we acknowledge, but nevertheless it’s always important to look past the technical terms to understand the nature of different products and what they offer, particularly when they’re critical to your business. Fibre to the premises (FTTP), for example, is a type of internet connection that uses existing broadband infrastructure. 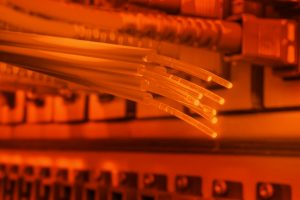 This approach provides much faster speeds than connections involving copper, and Openreach have brought FTTP to around 3 million premises across the UK so far, with the plan to reach  20 million premises by around the middle part of this decade. However, the roll-out of FTTP in the UK is proving problematic, and the schedule has been pushed back several times. To see if you are in an area with FTTP already installed, or planned within the next few months check the Openreach map towards the bottom of  HERE.

An alternative option to FTTP is a leased line, a more widely available solution which is connected to the public internet via a dedicated fibre optic cable, so data takes a different journey before reaching the core network and then eventually the wider internet. Both FTTP and leased lines will help data get to its ultimate destination, but they take different routes with different support levels.

A fibre optic leased line does not share any infrastructure, so data effectively has a dedicated lane all to itself, while by contrast data sent over FTTP has to essentially share the road in certain areas. While with FTTP many customers are fighting for the available bandwidth, a leased line is almost like a dedicated road which allows a motorist to bypass congestion in busy areas.

This unavoidably has an impact on speeds and reliability. For example, FTTP broadband downstream speeds may vary according to the provider, but are typically in the range of 80 Mb per second – 1Gb per second down and from 20 Mb per second – 115 Mb per second up, while by contrast leased lines can provide up to 10 GB per second up and down (this is known as a symmetrical connection)

Internet connectivity infrastructure plays a crucial role in the commercial sector, and many companies need reliable performance on a 24/7 basis, and advance notice of any disruptions.

A further important difference between FTTP and leased lines emerges in the advance notice that providers give of engineering work. While leased line providers will tend to give customers plenty of notice that they are planning to work on the infrastructure, giving them time to make alternative plans, this is often not the case with FTTP customers.

Engineering work is often performed at a time calculated to minimise disruption to consumers and businesses, maybe early in the morning, yet this can still lead to challenges for a company that requires reliable, high-quality connections on an ongoing basis. It may be that overnight they back-up data that was generated during the working day for example. 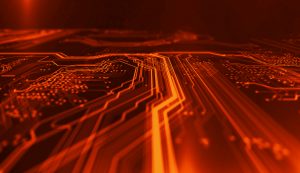 A customer in a residential area or a small business using FTTP is far less likely to need a guaranteed connection at 2 in the morning however, unless they’ve got some unusual habits or are a workaholic of truly terrifying dimensions, so providers often don’t tell them in advance about any planned engineering work.

The service times for leased lines also tend to be much quicker, as leased lines are sold with an SLA (Service Level Agreement) under which large discounts are applied to the rental if a fault is not repaired within a given time (usually 5 hours), so the provider has a clear incentive to work quickly and get things back up and running.

A provider will of course still work to diagnose and fix a fault with an FTTP connection, but they work to a looser timeframe, usually around 40 hours, with no financial penalties if they don’t achieve it.

These differences are reflected in the price, with FTTP ranging somewhere between £40.00 – £60.00 a month, while leased lines start at around £300.00 a month. A number of other factors may affect the price, such as proximity to the exchange, which is clearly an important issue in terms of installing fibre-optic cable.

So what’s the right solution for your business? As ever, that depends on your specific requirements and commercial priorities, for example whether you need to transfer large amounts of data on a regular basis, what the cost to your business of an internet outage would be, or if you’re happy to accept less consistent performance and slightly lower service levels in return for reduced prices.

Either way, it’s important to get the right advice and support from experienced professionals who can rapidly assess your needs and guide you towards a cost-effective solution that meets your requirements. As a provider of business telecoms and support services, Ontel is committed to helping you make the right decision for your business.